What Happens With Children and Divorce? The Next Steps. 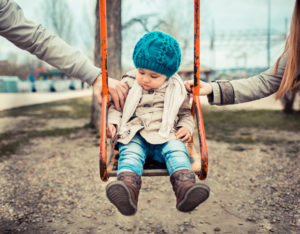 Divorce isn’t something that anyone likes to think about. We all hope that love and partnership will last a lifetime, but unfortunately, it doesn’t always work out that way. In fact, in the United States alone, roughly 876,000 divorces happen each year. This equates to one divorce every 36 seconds. For the many people whose marriage ends in divorce, it is a difficult and trying time, often made harder when children are involved. If you and your spouse have children together but have decided upon divorce, they will face a lot of stress. To help make this transition easier, find a child custody and child support lawyer to outline your options for finding a mutual agreement on custody.

In many cases, parents that go through a divorce on good terms with each other will decide out of court upon the custody of kids. This generally involves the presence child custody lawyers as mediators in order to ensure there is no power imbalance in the decision. Sometimes, though, marriages do not have such a peaceful divorce. If this is the case, attorneys are necessary to fairly represent each side of the dispute. In these cases, each side is presented to a judge. When determining how much time each parent gets to spend with their child, and when they get to do so, the main factor is the child’s own mental and physical health. Often if a child is old enough, they will get to choose which parent they would like to live with. The judge takes the child’s preference under weighted consideration, but in some cases where one parent is much more capable of raising a child than the other, the judge will make the decision accordingly.

After you decide on a custody agreement, the next decision is child support. The parent with either full or primary custody is due payment for overseeing the child’s upbringing and providing them food, clothing, and shelter. In full custody cases, the parent without the child will pay full child support based on income and expenditures used for the child before the divorce. In joint custody cases where one person has the child for most of the time, the other will pay less than in full cases. This system is in place so the child’s guardian doesn’t go from two incomes down to one. A child support lawyer is more or less necessary in these cases because the dispute might get too emotional and lose its objectivity.

No matter what, the priority is to provide the best life for your children. This is true whether you are contemplating a divorce or not. In the event that you do decide to split up, make sure to educate yourself on custody and child support laws. A child support lawyer will be able to assist in this process in any way you feel you need help.