How To Prepare For Your First Child Custody Hearing 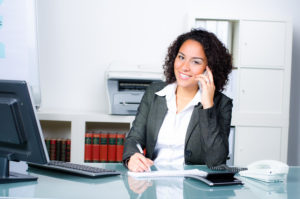 Child custody hearings can feel intimidating and scary, especially when it’s your first hearing. However, it’s important to know you’re not alone. Approximately 30% of couples in the process of divorce have children who are under the age of 18.

By working diligently with your child custody lawyers and child support attorney, and by planning in advance, you’ll be able to understand and prepare for your first custody hearing. Here are a few things you should know in advance of your hearing to improve your likelihood of getting child custody.

Bring required and recommended documents to your case
Paperwork and proper documentation are always necessary to bring to a court hearing. Talk to your attorney for a more specific list of what documents you should have in advance and which you should bring to the hearing. Some of the most common paperwork that’s necessary for a child support hearing include:

Understand what your state is looking for in a better parent
In most child custody cases, the judge will be looking for factors that determine which parent is “better” for the child. This can be difficult to prove. However, in Pennsylvania courts, one factor that’s taken into account is a parent’s availability. Other factors include salary, criminal record, and DUI charges.

Parents in Pennsylvania no longer have to worry about gender being taken into consideration during these custody hearings. Judges aren’t allowed to base “better parent” judgment based on gender under 2011 statutes.

By keeping these factors in mind and by following court etiquette and dressing appropriate, you can make yourself that much more considerable for the “better parent” determination.

Child custody hearings can be nerve-wracking. However, with the right preparation and by working with the child custody lawyers Pennsylvania values, you can be sure to get a leg up in your case. Contact Blake and Schanbacher Law today for a consultation.