Who Gets the House? What Happens to a House in a Divorce? 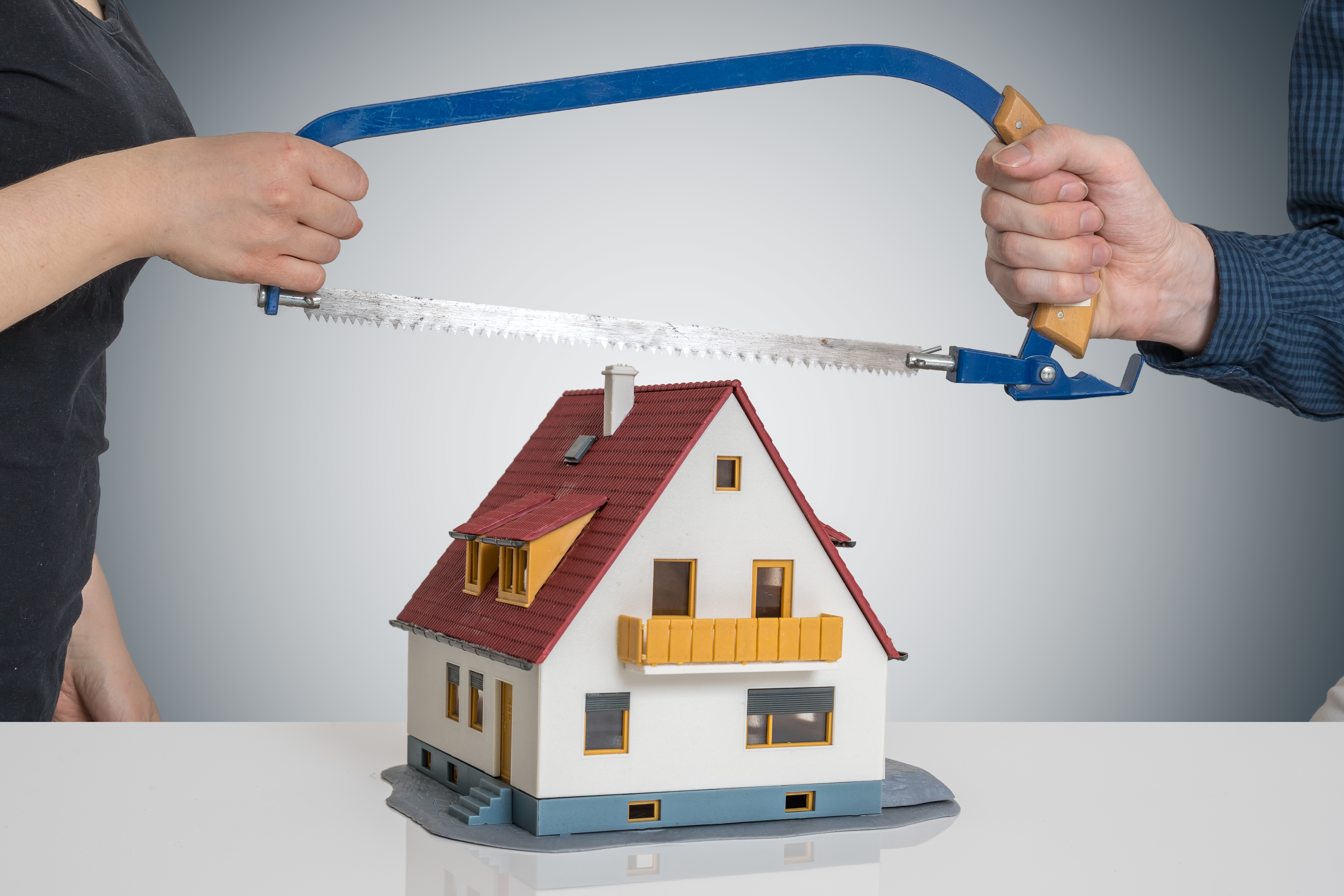 You know that you and your spouse need a divorce. But whether you’ve already brought up the topic of divorce or you’re still trying to figure out how to prepare, there are a number of factors that you’ll have to consider before you split your lives.

If you’re trying to figure out next steps for what was supposed to be your forever home, keep reading to find out more about what happens to a house and factors to keep in mind.

What Happens to a House in a Divorce?

For most people, a house is the biggest purchase they will ever make in their life. And for a married couple, the house was supposed to be where you grew old together.

But when forever isn’t as long as you thought, you have to readjust the plan.

Generally speaking, when a court grants a divorce, marital property will be divided based on the principle of equitable distribution.

Equitable division takes a variety of factors into account to determine how property should be divided. Many people confuse equitable distribution with equal distribution, but they’re not the same thing.

Equitable distribution is based on the principle that a variety of factors tally together to make the ownership of property inherently unequal. This takes into account things like:

For this reason, a married couple seeking divorce will have to show the court their current financial situation, including income and any debts.

However, the court will consider other factors outside of finances. In a case where one spouse was abusive or unfaithful, the court will rule in favor of the wronged spouse.

When dividing property between spouses, all property is split into two categories:

Marital property refers to any property acquired during a marriage. This would include things purchased jointly, such as a house. Some states refer to this as community property.

Take, for example, any debts incurred during marriage. Unless a creditor was specifically pursuing the separate property of one spouse for payment, these debts are viewed as community debts (i.e. both spouses are liable).

A house is generally marital/community property, which means that both spouses have equal claim to it. In that case, the court will consider other factors in determining who keeps the house.

Have Good Reasons for Keeping the House

Knowing this, it’s important to make sure that you want to keep the house for the right reasons. The fact that you might be able to get it in the divorce doesn’t mean that you should.

Selling a home after a divorce–or taking on the cost of maintaining a marital home after divorce–can be a major, life-changing event. You need to make sure you’re prepared for it. Here are a few things to keep in mind.

Decisions around the family home are often emotional. But while emotional attachment is an understandable reason for wanting to keep a house, it’s not necessarily a good reason.

Children, on the other hand, are a sound reason for holding onto a house in a divorce.

Talking to your kids about divorce is a nightmare for many parents. Figuring out how to divorce without harming your kids is even scarier.

Generally, child custody decisions are made based on which parent is most able to provide for a child, who has the most time to devote to the kids, and who spends the most time around the children, to begin with.

As a rule, decisions about who keeps the house will often follow child custody decisions in order to minimize disruption to the children’s lives. The parent who keeps the kids is often the one to keep the house.

Make Sure You Can Afford It

However, any of these decisions are contingent on whether or not you can actually afford to keep the house.

As a married couple, your collective resources were far greater than that of each individual spouse. Separated, you may not be able to afford to keep the house on your own.

In that case, if neither spouse can afford to keep the house, the best possible outcome is to sell the house and for each to move to a home they can afford, regardless of who has the children.

Before you make a decision, it would be wise to sit down with a financial advisor and talk about the state of your finances.

Do You Need a Divorce Attorney?

No one hopes to divorce, but if it does happen, most couples hope to have an amicable divorce. Figuring out what happens to a house in a divorce, as with most things in a divorce, can seriously complicate matters.

Your best hope is to find a qualified, experienced divorce attorney to guide you through the process. If you need to speak with a lawyer about your case, use our contact page to get in touch.